The island of Great Britain has an extensive and varied coastline, encompassing many different types of habitats suited to cetaceans. At least 28 of the globally recognized species of cetaceans have been reported in UK waters. Of those, 7 species can be seen regularly throughout the year including minke whales, harbour porpoises, bottlenose dolphins, Risso’s dolphins, white-beaked dolphins, common dolphins and killer whales. Other species are recorded but these tend to be offshore so are not regularly seen by whale watching vessels.

For an overview of marine wildlife viewing in the UK, you can visit this BBC website:  http://www.bbc.co.uk/nature/17819410

More information about whale and dolphin watching can also be found on the following websites: 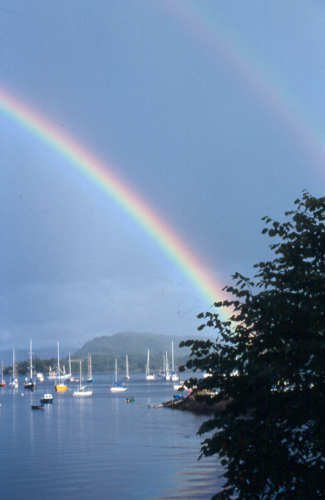 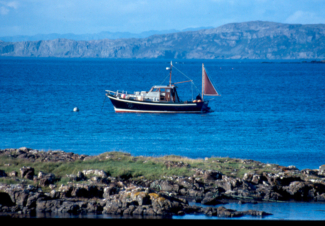 In the England and Wales, all cetaceans are protected under the Wildlife and Countryside Act 1981 and the Wildlife (Northern Ireland) Order 1985, which prohibit their deliberate killing, injury or disturbance. In Scotland, protection is under the Habitats Directive.

All cetaceans are listed under Annex IV and Annex II of the EC Habitats and Species Directive (92/43/EEC) as species being in need of strict protection. Under such protection it is an offence to deliberately disturb cetaceans.

The UK is a Party to the Agreement on the Conservation of Small Cetaceans of the Baltic and North Seas (ASCOBANS) which requires signatory states to work towards the prevention of significant disturbance to cetaceans, especially that of an acoustic nature. However there are no specific legislation/regulations for wildlife watching, only voluntary guidelines. Whale watching is not currently licensed in the UK, but the government is looking into ways to improve the control and regulation of whale watching activities.

In the meantime, the WiSE scheme provides a standard for commercial marine wildlife watching. Further information can be found here. WiSE seeks to minimise unintentional disturbance of marine wildlife through:

The marine regulator for England has recently issued two press releases to remind the general public and vessel operators of legal frameworks and guidelines for responsible boat-based wildlife viewing:

As well as WiSE guidelines, some regions have local codes of conduct (e,g, Cornwall http://www.cornwallwildlifetrust.org.uk/living-seas/cornwall-marine-and-coastal-code)

In 2004, Scotland introduced a Nature Conservation Act which included the requirement to produce a Wildlife Watching Code. The Scottish Marine Wildlife Watching Code was first published in 2006 and has been reviewed and updated in 2017 to take account of the changes in legislation, as well as providing up to date guidance on watching marine wildlife.  The revised code can be downloaded here, and provides detailed advice on how best to view whales and dolphins with minimum risk of disturbance. 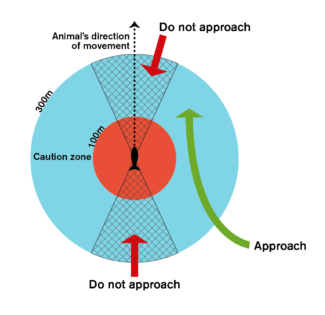 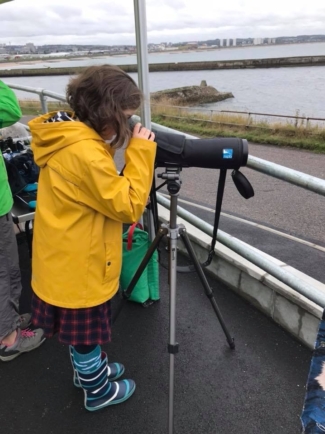 Dolphin watching from land in the Aberdeen Harbour. Photo courtesy of Katy Hardacre.

Research on whale watching in the United Kingdom

A bibliography of studies conducted on the potential impacts of boat-based whale watching on cetaceans in UK waters is provided below.  One 2003 study found that dolphins were more likely to synchronise their diving and breathing in the presence of boats1, and a 2005 study of bottlenose dolphins around Aberdeen showed that while dolphins showed mixed reactions to boats moving slowly or at intermediate speeds, they showed negative reactions to boats traveling at high speeds 2.    While the dolphins in this study seemed to show some level of habituation to moderate vessel presence, on a few occasions during periods of intense and prolonged vessel traffic they were observed to vacate the area entirely2.  Another study quantified levels of identified areas of higher risk of individual bottlenose dolphins’ exposure to boat traffic in the Moray Firth, and provides a model that can be applied to other areas where dolphins are exposed to high levels of vessel traffic, whether related to tourism or other activities3.  This study also found that the presence of vessel traffic could reduce dolphins’ feeding activity up to nearly 50%4. 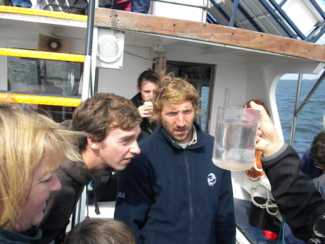