Commercial whale and dolphin watching in the Northwest Mediterranean Sea began to take hold in the 1980s, and has steadily grown over the past 40 years1,2. Tours off the coasts of France, Monaco, and Italy can include encounters with striped, bottlenose and Risso’s dolphins,  as well as long-finned pilot whales, Cuvier’s beaked whales, fin whales, and sperm whales. As the industry steadily grew, NGOs, managers and scientists began to question the impact that vessel-based and ‘swim with’ encounters might be having on target whale and dolphin populations.  Meanwhile, the Agreement on the Conservation of Cetaceans of the Black Sea, Mediterranean Sea and contiguous Atlantic area (ACCOBAMS) and the Pelagos Agreement on the creation of a marine mammal sanctuary in the Mediterranean Sea, who shared the objective of reducing threats and disturbances to cetaceans, recognized the need for regulation of the whale watching industry. In this context, the Port-Cros National Park, the body officially responsible for the implementation of France’s commitments in the Pelagos Sanctuary, developed the first Code of Good Conduct for whale watching in 2001. Shortly afterwards, in 2002, ACCOBAMS adopted Resolution 1.11, proposing region-wide guidelines for commercial whale watching activities.

As a following step, stakeholders in the region collaborated to identify and to assess whale watching activities in the ACCOBAMS region. In 2004, another study was conducted to identify whale watching operators in Italy. A second study was conducted in 2005 by the French NGO, Souffleurs d’Ecume, in collaboration with other NGOs and the National Park of Port-Cros. It concluded that many of the 25 operators offering tours off the French coast of the Mediterranean were engaging in practices that were not sustainable3.  At least five operators were offering in-water encounters with whales or dolphins, necessitating close approaches and placement of swimmers in the path of oncoming cetaceans.  Thirteen of 19 operators were documented making intrusive approaches, raising concerns about the long-term impacts of this activity.

This first complete assessment clearly demonstrated a need for some form of regulation of commercial whale watching to ensure more sustainable practices and the well-being of the target populations.

However, at that time whale watching was not formally recognized under either French or Italian law as a formal category of commercial activity, and no formal regulations were in place regarding in water encounters, vessel approach distances, or standards for whale watching tours2,3.    To help address this gap, Souffleurs d’Ecume collaborated with whale watching tour operators, the Port-Cros National Park  and the two Agreements  to develop a ‘Cahier des Charges’. This document was a refinement of the Code of Good Conduct, and included clear guidelines and a list of commitments that operators would make to limit their impacts on cetaceans and the marine environment.

After seven years of consultation and collaboration between Parties to the Agreements, scientists, NGOs, industry representatives and managers, the framework and content for the certificate, jointly developed by the two Agreements,  were ready for testing, and the first pilot training course was held for operators in 2012. The course was offered by the French government-appointed NGO — Souffleurs d’Ecume (founded and run by authors of the 2005 study) - with support from Port-Cros National Park. In 2014, ACCOBAMS registered the High Quality Whale Watching® (HQWW®) certificate and brand as well as the "High Quality Whale Watching®" logo and the Regulations governing its use, at the World Intellectual Property Organization. The HQWW® Certificate was then issued, through a French ACCOBAMS/Pelagos Partner, to 11 French operators who followed the course and committed to adhere to  the joint Pelagos/ACCOBAMS  Code of Good Conduct set forth in the HQWW® registered ACCOBAMS brand4.

The HQWW® certificate was formally launched in 2016 through the adoption by ACCOBAMS Parties of Resolution 6.20 on commercial cetacean watching activities in the ACCOBAMS area and the adoption of a mechanism of national implementation through ACCOBAMS Partners having applied to become ACCOBAMS HQWW® Partners. The HQWW® Certificate implementation was timely, as a 2014 study documented a 3.5% annual increase in the number of operators offering whale watching in the French Mediterranean, and described a number of high risk areas for vessel strikes and disturbance related to whale watching2. 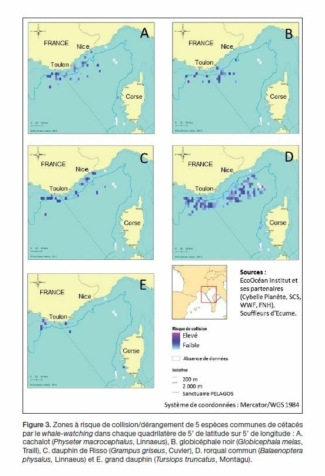 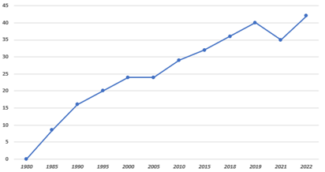 By the time the HQWW® certificate was launched, the partners in its development had planned for every aspect of its implementation.  Operators who wish to obtain the certificate must commit to a number of actions, through signing a ‘Cahier des Charges’ or contract.  Elements include:

The certificate is supported by clearly defined sanctions for non-compliance with any of the agreements above, ranging from a warning letter, to expulsion/retraction of the certificate and a prohibition of re-applying for the most severe or repeated infractions.

The HQWW® certificate has been successfully implemented in France by Souffleurs d’Ecume. In2020, a total of 15 operators have undergone training and are actively committed to the certificate. Based on the success of the programme in the French Mediterranean, it has also been adapted for use in the French overseas territory of Mayotte, where the National Marine Park acts as the implementing agency with support from the French appointed NGO in the Mediterranean.  This has required significant adaptations to the content of the training and the commitments that operators make, in order to suit the cetacean species, marine environment, and cultural values in this completely new context.

In Italy, the HQWW® certificate has been successfully implemented by the CIMA Research Foundation. The implementation of the Certificate in Italy started in 2019 within the framework of the EcoSTRIM project, thanks to the funds from the EU for the INTERREG Italy-France Maritime Program. In 2020, 18 operators were certified through a two-day training programmeand signing the commitment contract. Each certified operator is now licensed to fly the HQWW® flag onboard (see photo).  Furthermore, to provide incentives for operators to collect and share sighting data from their tours, a smartphone app – IlogWhale -  has been developed for the EcoSTRIM project following the criteria of ACCOBAMS Resolution 6.20 Annex 4. 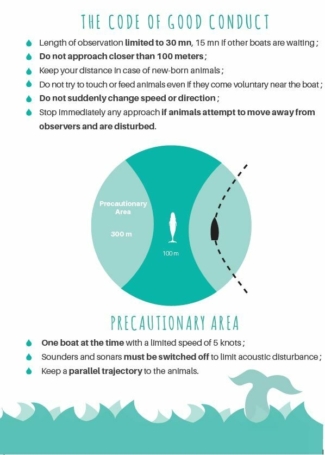 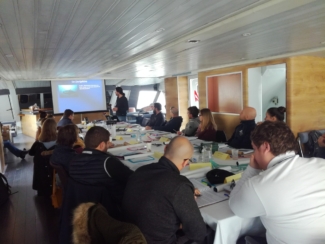 While the certificate has been successful in many ways, the teams working on its development and implementation have experienced a number of challenges and limitations. For example, the participation in the certification scheme is still voluntary and sanctions imposed by the implementing bodies do not carry any legal weight. Operators who wish to offer in-water experiences for their guests, or use aerial support to locate cetaceans can do so, meanwhile operators who commit to HQWW® could lose business and income in regions where non HQWW® operators offer more expensive swim with tours and/or use aerial spotting.

In light of these challenges, the bodies charged with implementing the HQWW® are constantly seeking a balance between making the standards of the certificate rigorous enough to minimize disturbance to the target whale and dolphin populations, but not so onerous that operators will have no incentive to participate.  International Agreements and Partners involved in the certification scheme are striving to develop effective ways to use (social) media to educate the whale watching public, so that they are equipped with the understanding and knowledge that will make them choose a responsible HQWW® operator over an operator that does not have the certificate.

While regulations of the Pelagos Sanctuary prohibit endangering or ‘harassing’ cetaceans, a formal legal framework stipulating vessel behaviour during whale watching activities, regulating the granting of whale watching permits, and/or regulating swimming with cetaceans could be more effective in reducing impacts to cetaceans. The French government is expected to publish a ministerial order in the near future, that will legally regulate codes of conduct for the observation of marine mammals. This new regulation will be effective throughout all France’s marine territories, including the French waters of the Pelagos Sanctuary,

After a 13-year journey from conception to implementation and adaptation of the ACCOBAMS HQWW® certificate, the partners involved in its development and implementation would provide the following advice to other organisations or regions that are considering a similar scheme:

These are themes that are strongly echoed in other case studies and advice in this handbook, particularly with regards to a stakeholder engagement and adaptive management. 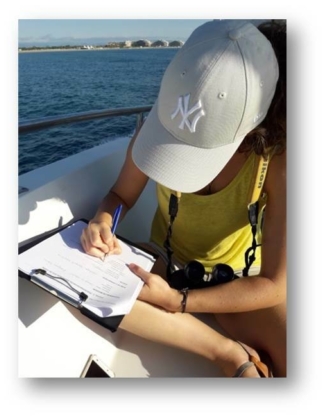 A trainer and evaluator completes an evaluation form on board a HQWW® certified whale watching tour. Photo courtesy of MIRACETI Association. 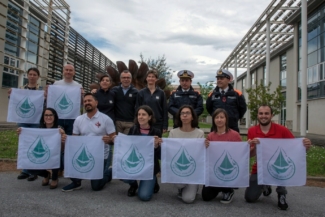